The Uniform Land Use Review Process, or ULURP for short, is the name given to the city-mandated protocol for approval of new development projects. Ultimate approval of each project application demands confirmation at all ULURP stages, which are presented to various agencies of public government—from the Department of City Planning to the Mayor, and back to the City Council for approval .

The BFC “Bedford Courts” proposal for the Bedford Union Armory has currently reached the Fourth Stage of ULURP, leaving the community and coalition just under two months until the City Council votes on the proposal. 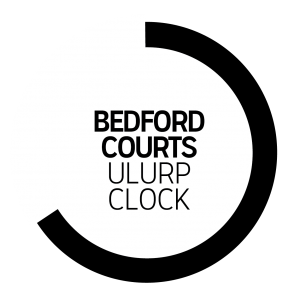 Where can you as a community resident weigh in with your opinion on this process?

The City Planning Commission, a body of appointed members of the public by the Mayor (7), Borough Presidents (5), and Public Advocate (1), is required to hold a public hearing on the zoning merits of any ULURP process. It has the power to approve, modify or disapprove of the proposal in front on them. Disapprovals are final except in the case of zoning map changes, special permits and urban renewal sites. Members of the public can submit comments to the City Planning Commission until September 29, 2017.

The City Council, composed of 51 representatives from across the city, decide the fate of this proposal. However, the Council almost unanimously votes in the same way as the local council member, who is Laurie Cumbo in this situation.

For a detailed, city-generated graphic on the stages of ULURP, follow this link.